Mint - Budgeting for a New Generation

I designed a Cash App integration for Mint, to allow users to more accurately track their budget with the inclusion of peer-to-peer payment.
1.5 weeks
Skip to prototype 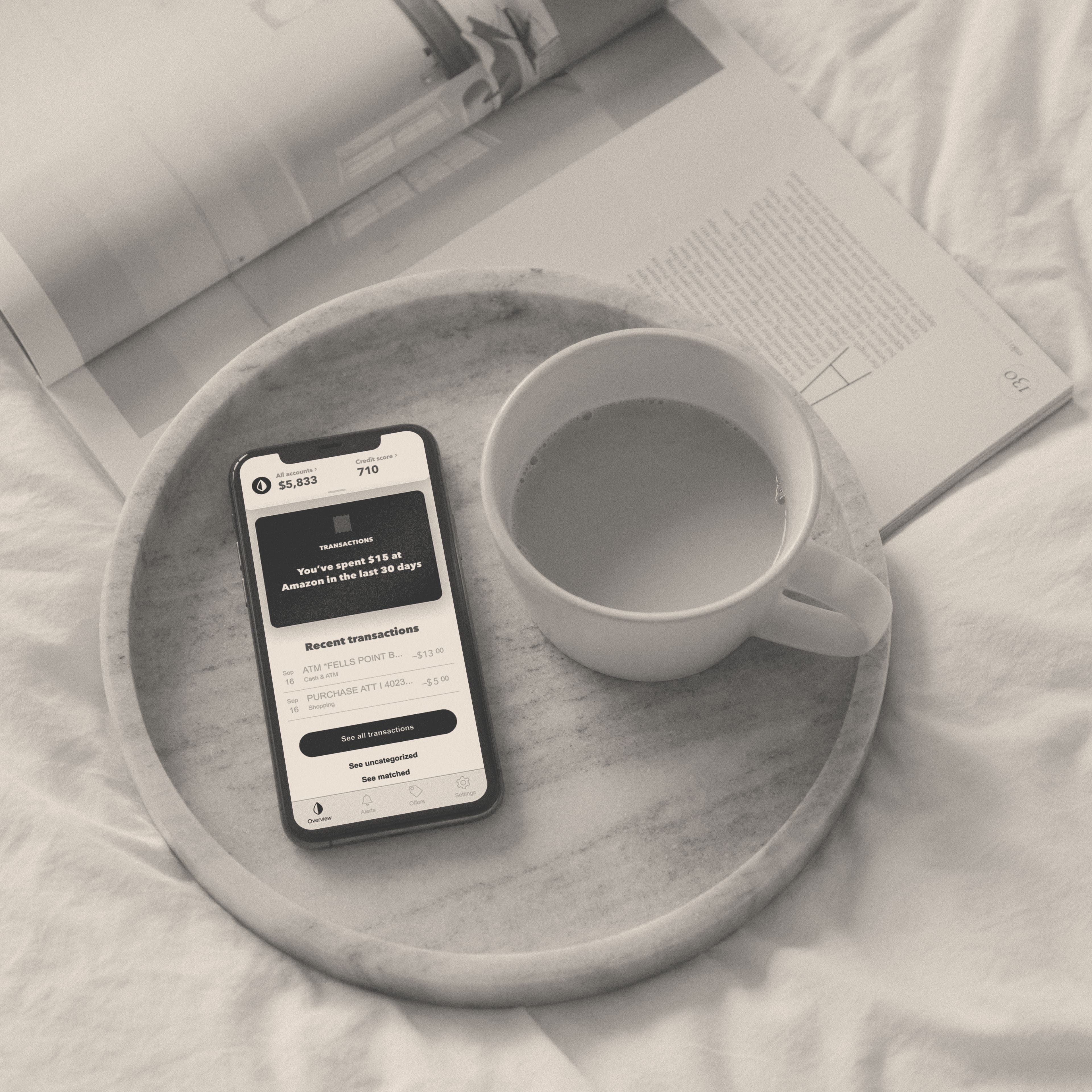 Mint is currently the most popular budgeting app on the market. They cater to almost every type of user, with the exception of those who use peer-to-peer payment apps like Cash App or Venmo. For example - three friends go out for dinner and one person covers the check. The other two send their portion of the check with a Cash App transaction. Since Cash App and Mint don't talk to each other, the person who paid now has an inaccurate spike in their "eating out" budget in Mint. In order to account for and not lose the business of the large population of Millennials and Gen-Zers who use these apps as an integral part of their financial identity, Mint needs to develop an integration that allows users to account for reimbursement of shared expenses.

My research showed that a large majority of millennials and gen-z rely on peer-to-peer payment apps to settle up on a wide variety of payments like rent, eating out, and groceries - in a poll of 750 gen-z individuals run by Billtrust, 1 in 3 had never written a check. They are living with roommates far longer and more often than previous generations, and more frequently share payments that previously might have come out of the joint account of a married couple.

The rise of peer-to-peer payment options has also changed the speed at which users expect to see their transactions complete. Instead of waiting to receive a check from a friend or partner, bringing that check to their bank, and waiting for it to clear, settlement now happens in minutes or seconds. After the bill is placed on the table, a Cash App request and payment can be completed before they leave the restaurant.

In order to get a sense of what potential users would expect when attempting to connect transactions within Mint, I conducted interviews with five participants, each under the age of 35. I got a good sense of typical pain points people encounter when trying to balance a budget that includes transactions on debit cards, credit cards, automatic bill payments, and Cash App payments.

I compiled the data from my research, particularly the user interviews, to create a user persona - a realistic representation of the key audience segments. 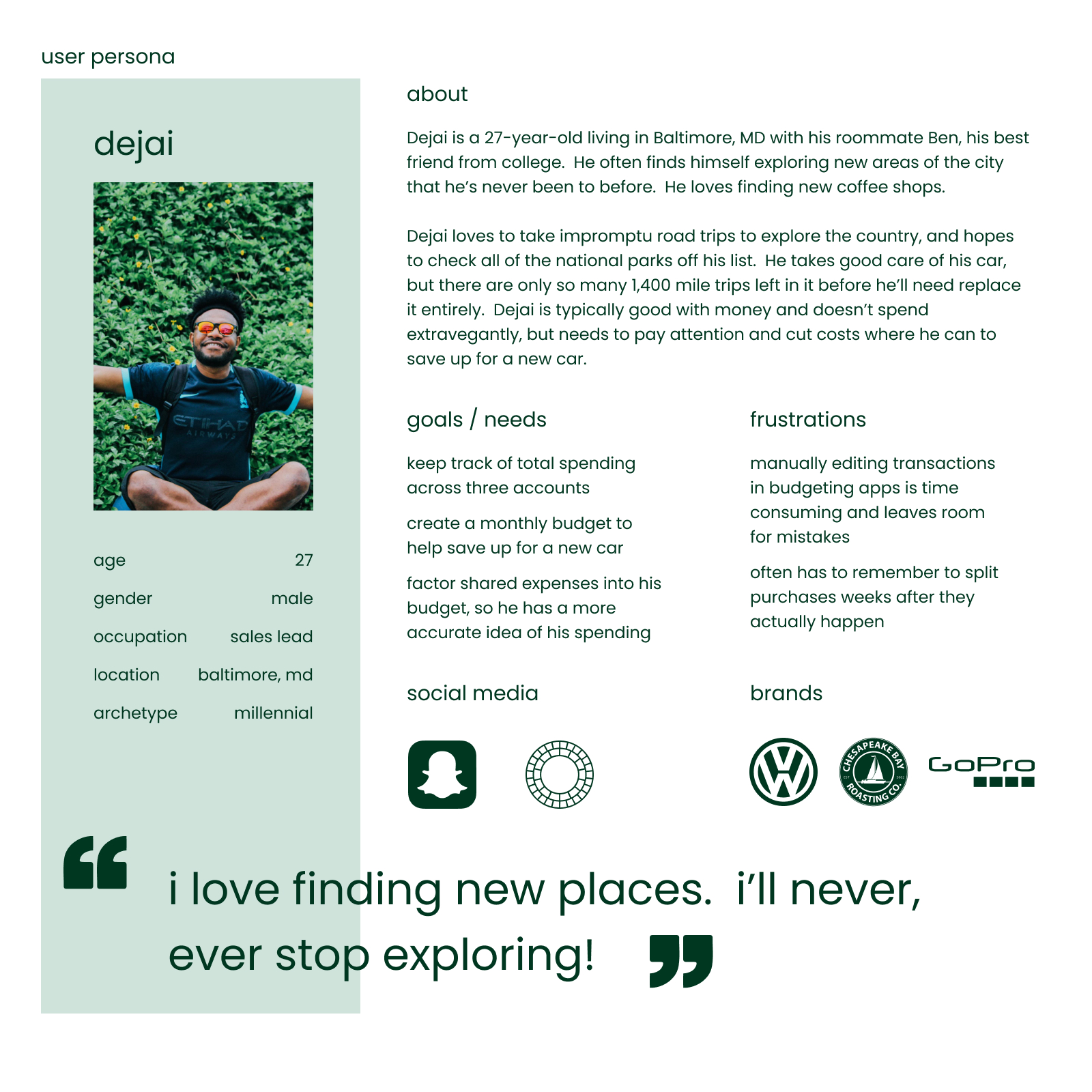 To organize and prioritize the site features I needed to build, I created a feature roadmap - a list of features based on my user research conclusions, the business’ needs, personas, and the market. They are prioritized by their importance to the user and the business. 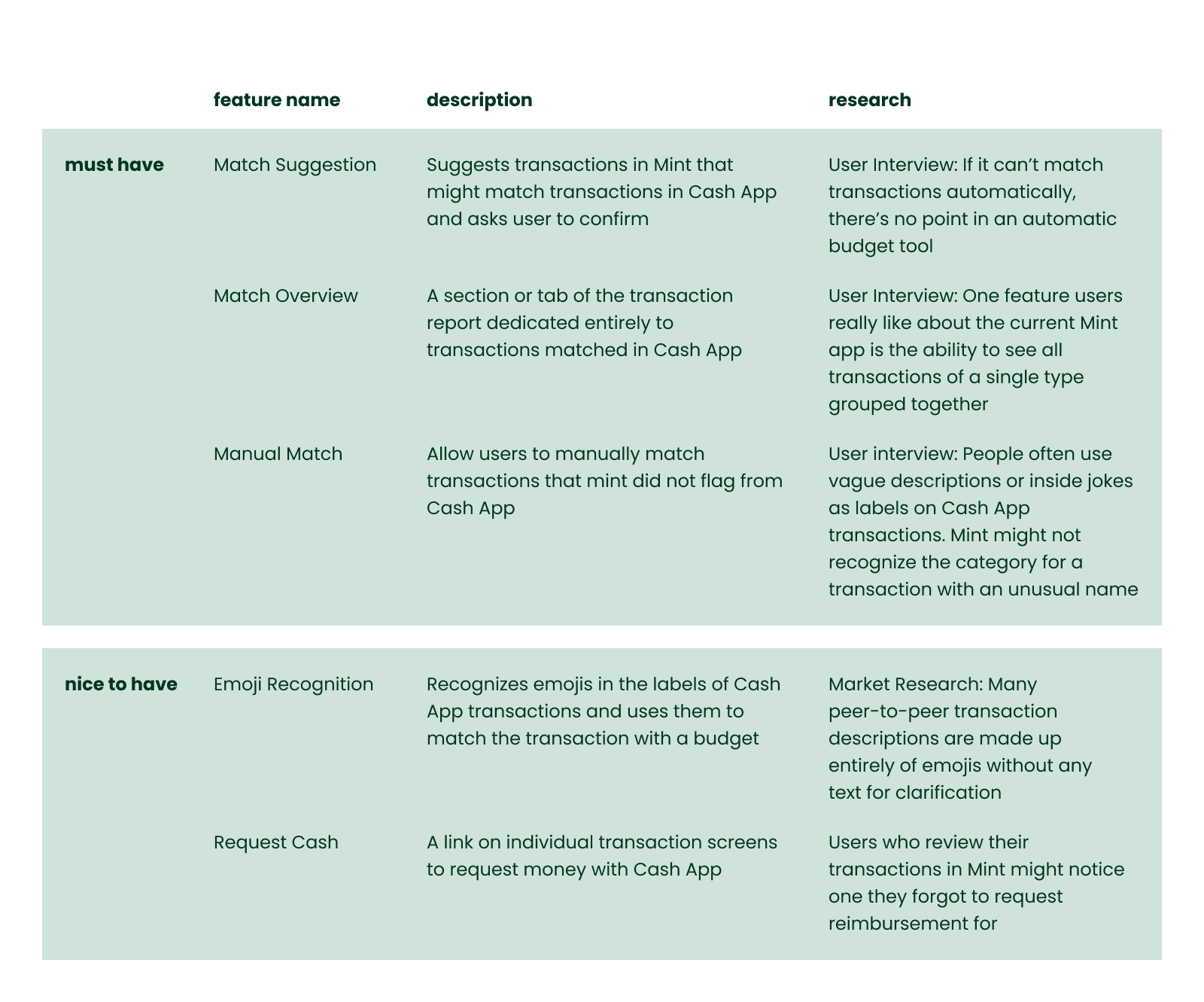 After sketching out the structure of the site, I identified the main flow that users would follow to complete a main task - confirming a suggested match. I then traced the different paths a user could take through the product to complete other important tasks such as reviewing all matches, manually matching transactions, and requesting repayment. These flows helped to identify the key screens that would be part of the design. 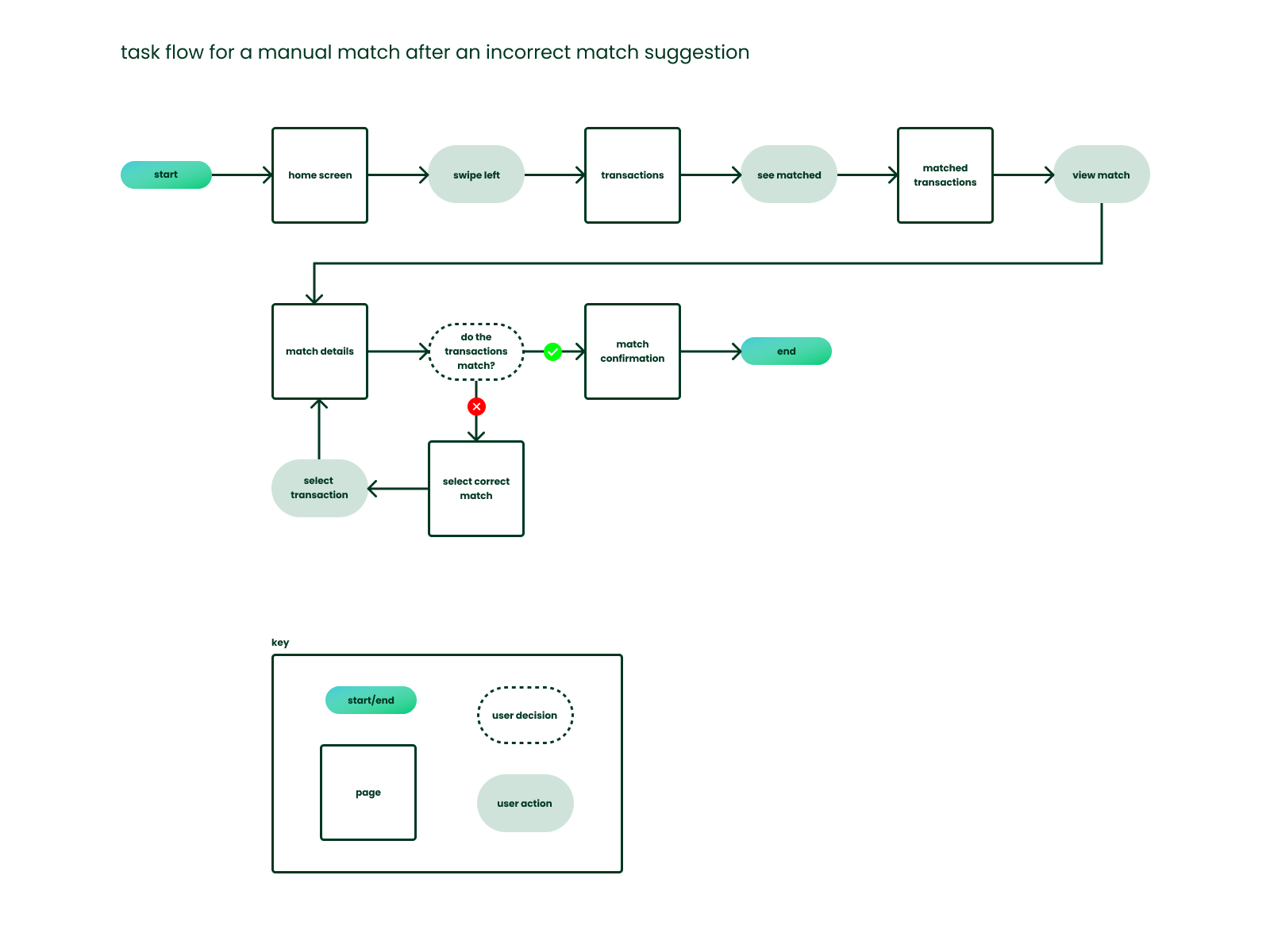 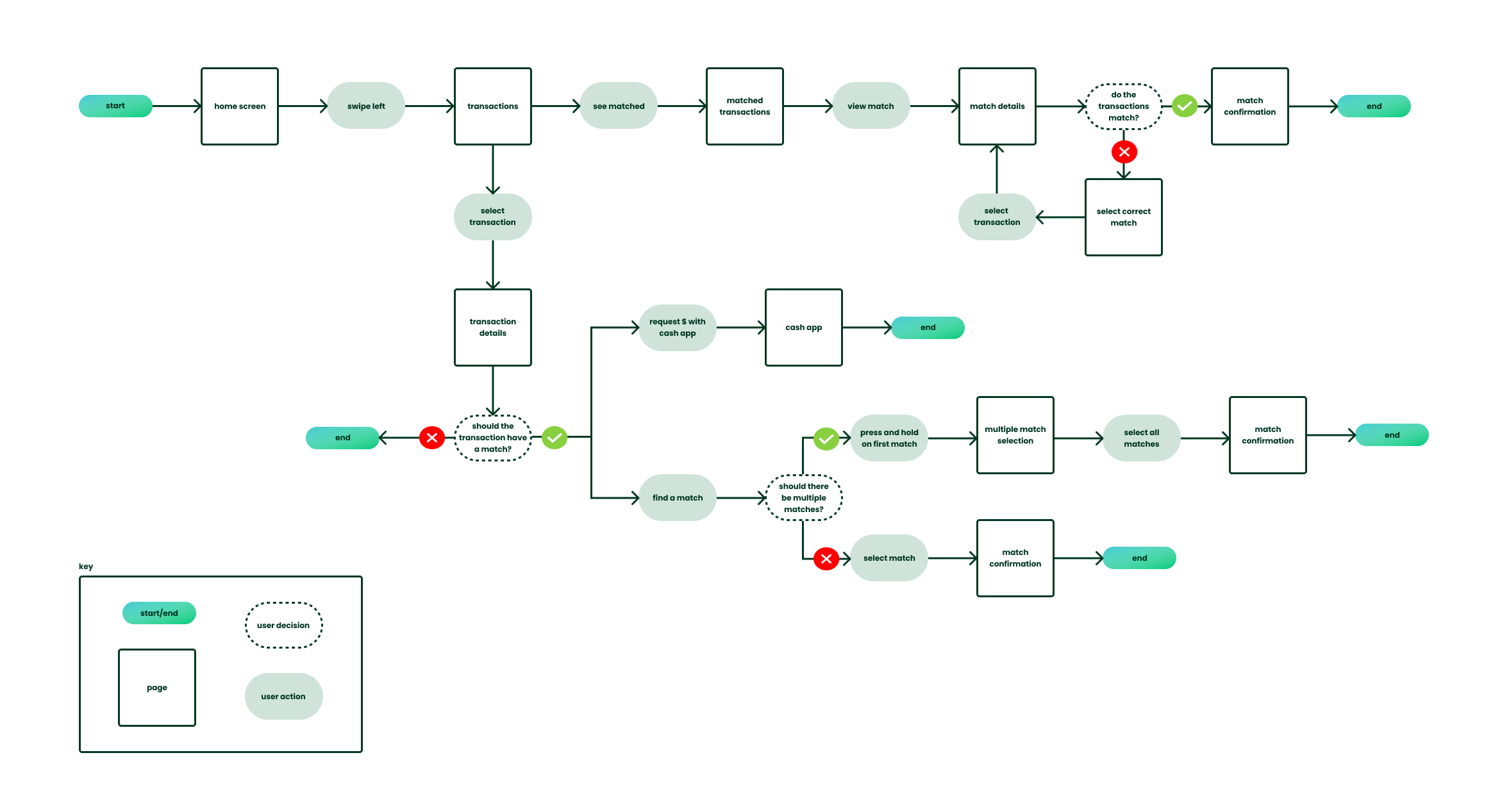 Since the UI for Mint was already established, I skipped wireframing and went directly into mockups. I recreated Mint's user interface and edited certain screens to include elements of the integration, then used established patterns from others to create the screens for the integration itself. 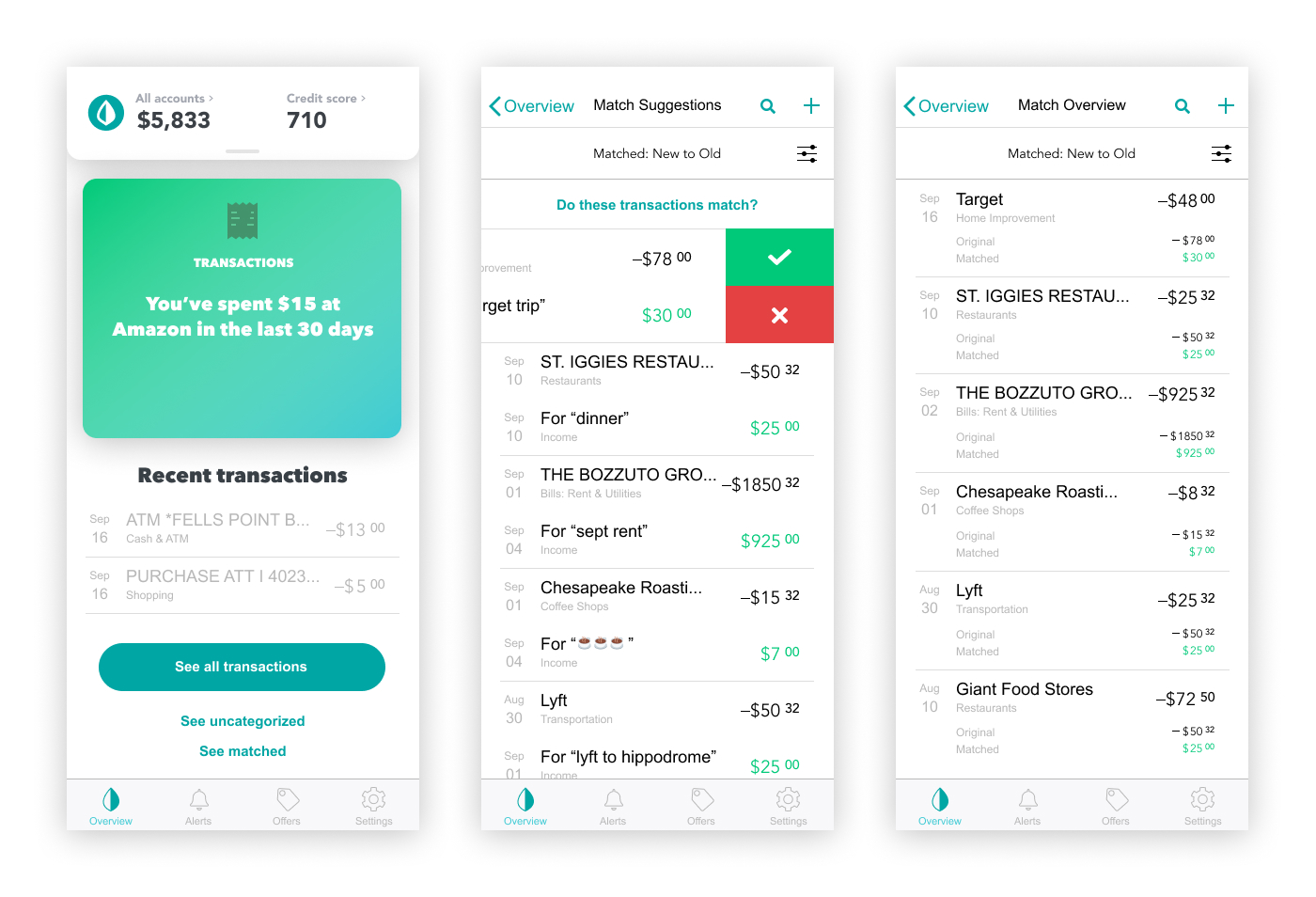 Once I finished the high-fidelity mockups for each of the pages in my user flow, I linked them together in a prototype using Figma. I recruited 5 people to participate in a test, giving them each two tasks to complete: confirm that a transaction was matched correctly, then manually match a transaction that that was suggested incorrectly.

Each participant was able to complete both tasks.

While talking to participants during testing, I realized that I had overlooked transactions that would have multiple Cash App payments to match. One participant in particular brought up members of her sorority repaying her for a large t-shirt order - she would need a way to link all of those Cash App transaction to the original payment for 30 t-shirts. 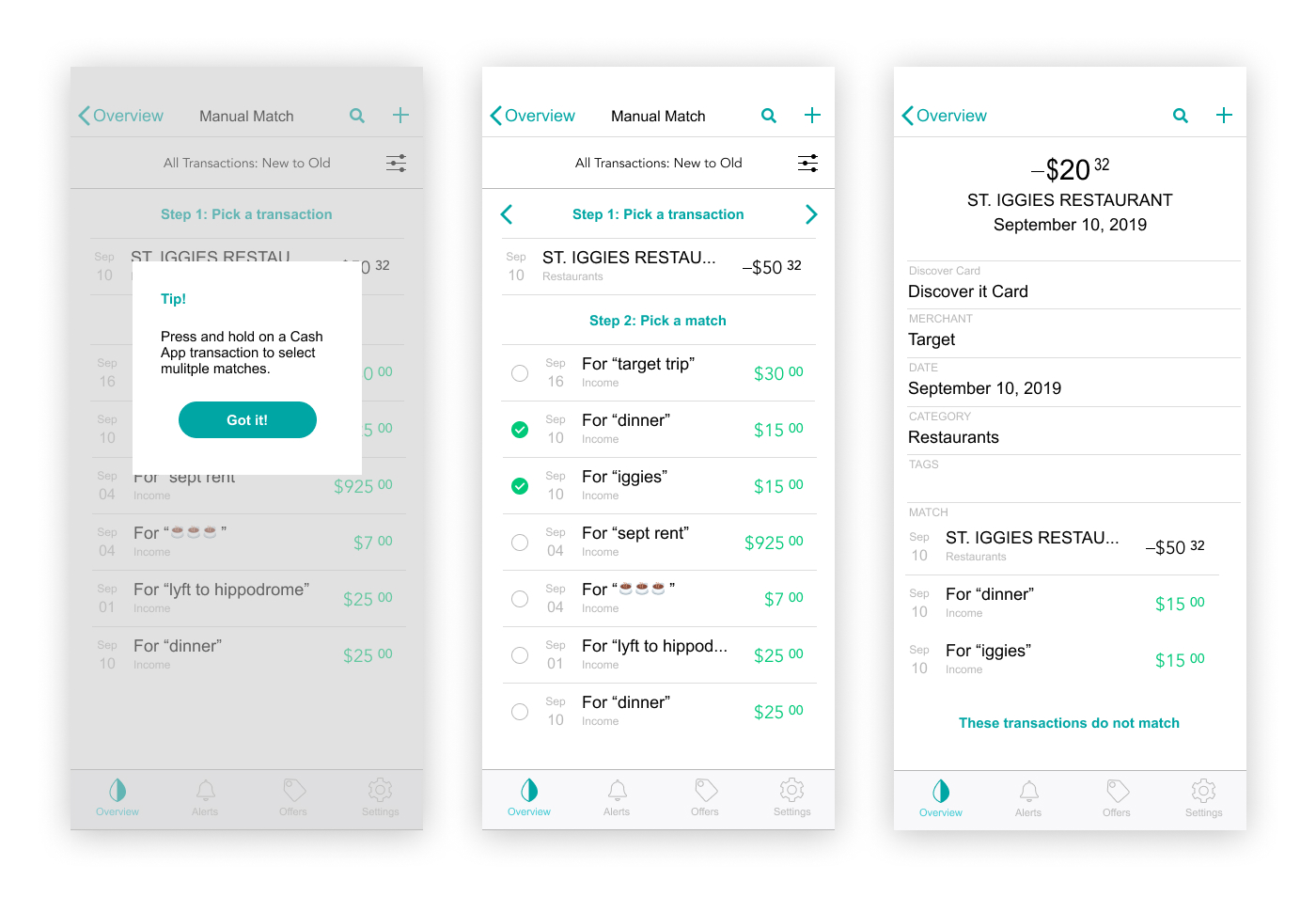